A “WaterWorld” performer at Universal Studios Hollywood is hospitalized after taking a 30-foot drop into a tank, and not coming back up for air … TGF has learned.

Authorities tell TGF … the incident happened during a Monday show at the theme park. We’re told the performer went into the water — as planned in the show, but it was clear something went wrong when he did not immediately surface. 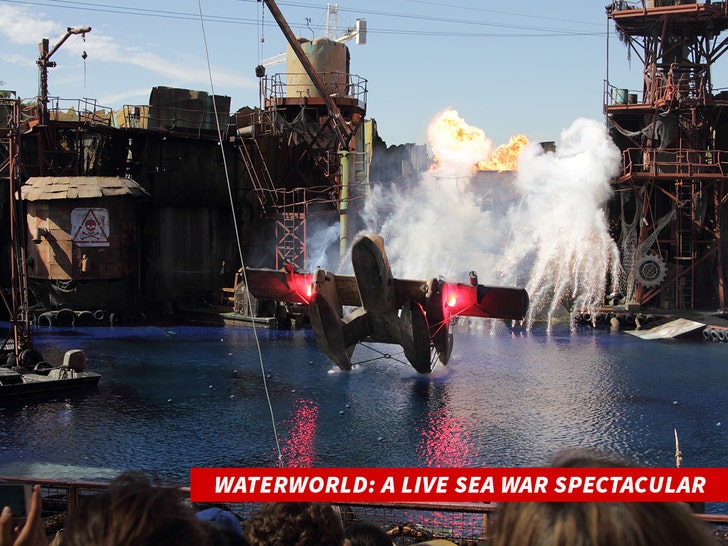 We don’t know if the performer had a medical emergency while underwater, or if he was somehow injured by the 30-foot fall into the tank … possibly getting knocked out on impact.

When folks noticed the performer wasn’t coming out of the water, we’re told employees pulled him out and he was given CPR on the spot for more than 5 minutes.

Those employees were able to get his heart beating again, and the performer was then rushed to a hospital. It’s unclear what his condition is currently.

A spokesperson for Universal Studios Hollywood confirms the performer is still being treated at the hospital.

Joe Exotic Leaves Everything to Fiancé in New Will, Orders DNR from Prison

65th Grammys Seating Arrangement, Here’s Who’s Sitting Next to Who

Megan Fox Rocked A Plunging Floral Corset & You Can Shop It On Clearance...

Jeff Bridges’ Wife Susan Geston: Everything To Know About Their 45-Year Marriage

Adele Reveals She’s Suffering From ‘Bad Sciatica’ & Has ‘To Waddle’ To Walk These...